Jacqueline MacInnes Wood revealed how she hides her baby bump. The 35-year-old actress revealed that she’s filming up to the very minute on The Bold and the Beautiful. She is expecting her third child with her husband, Elan Ruspoli.

As TV Shows Ace previously reported, she showed off her ever-growing baby bump in a bikini. The beautiful soap star took part in her own maternity shoot. But, when she’s on the set of the riveting soap, she has to keep her baby bump hidden. Her character, Steffy Forrester, isn’t pregnant like the actress is. 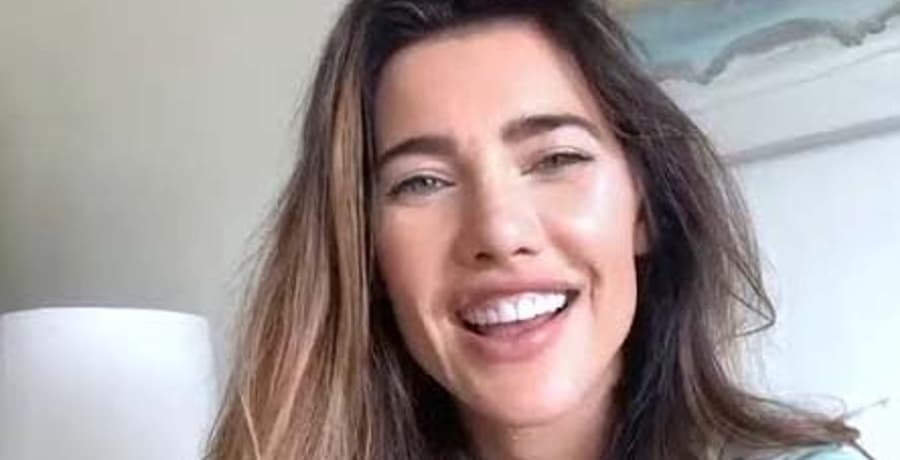 Hiding baby bump on B&B
Jacqueline MacInnes Wood is excited to give birth to another child. She shared that wants to grow her “large family.” Both Wood and her husband were only children. They have dreams of having a big, happy family. However, she often deals with the challenge of hiding her baby bump on B&B.

In an interview with ET Canada, she revealed how she makes it work. The Bold and the Beautiful star gave a tour of the lavish set. Wood took fans into Steffy’s beach house as she rocked a gray sweatsuit. Producers have to come up with fun and novel ways to hide Wood’s stomach.

“See, I’m pregnant,” Jacqueline MacInnes Wood stood up as she showed off her baby bump. “But now your girl’s not,” she added when she sat back down. She sits behind a table and puts her hand in her pockets to make it look like she’s not pregnant. 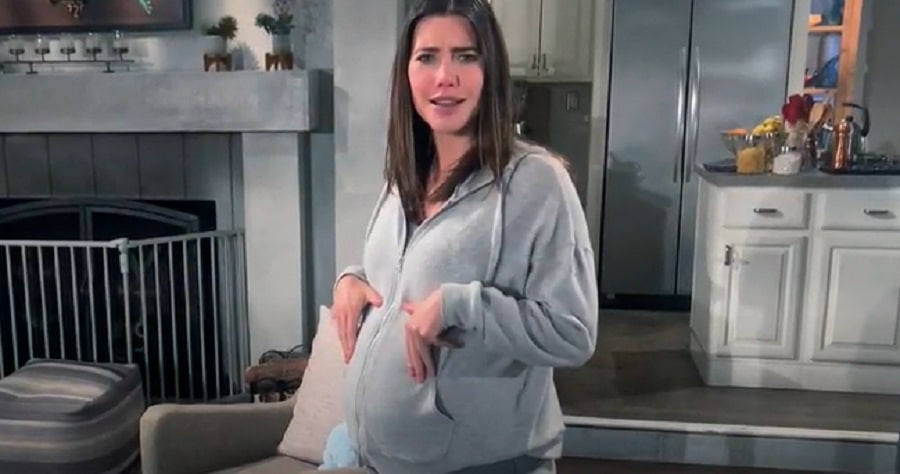 “It’s funny because I speak with my hands and they’ll say, ‘No, no, we can see your belly,’” Jacqueline MacInnes Wood continued. “So, I have to pocket a lot of it. So, I’m trying to cover the belly. But the cameraman and the director, they’ve been so great about covering as much as they can.”
She’s due to give birth anytime now. Wood wants to film up to the last moment on the CBS soap. The model is used to it since she shares two sons — Rise, three, and Lenix, one — with her husband. Wood made sure to have her kids close in age.

Jacqueline MacInnes Wood continues to work
Jacqueline MacInnes Wood is determined to work as much as she can while pregnant. She revealed to ET Canada that she’s “basically filming like right up until [she gives] birth,” which is expected to be later this month. She doesn’t know how Steffy’s storyline will play out while she’s gone. But, she teased that viewers should “buckle up” because it will get interesting.

Wood said the pace of the show has changed. They get new scripts every day. The storyline is moving rapidly. Wood feels the demand to keep up with it, but calls the work “fun.”

In November 2021, she announced in a statement to People that she was expecting her third child with her husband. She married the talent agent in 2018.
“I am excited to announce that I am pregnant with my third child, due this spring,” Jacqueline MacInnes Wood. “Elan and I dreamed of having a large family as we are both only children and are over the moon that our dreams are coming true.”